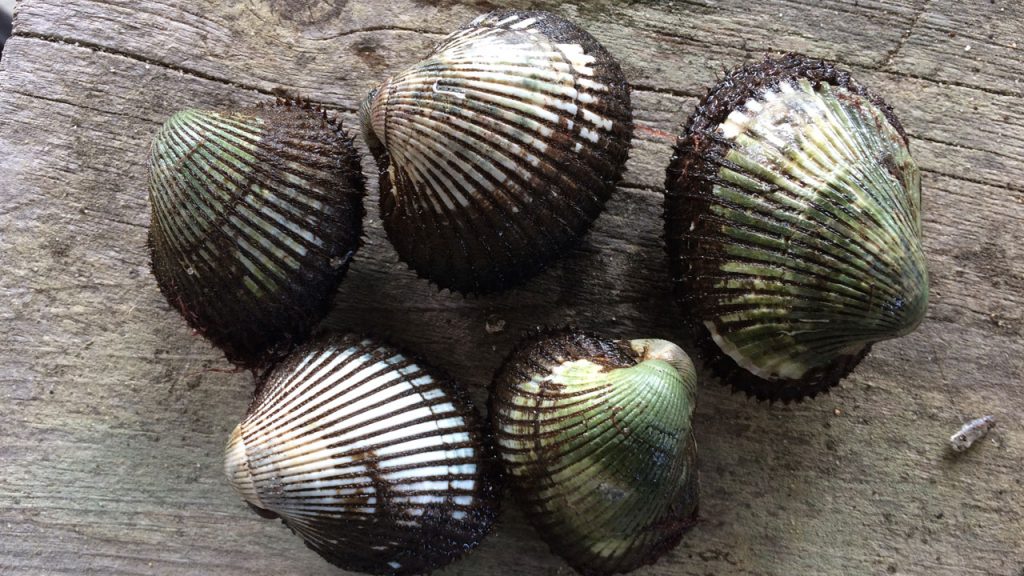 Oysters on the half shell represent 94 percent of Massachusetts’s $28 million shellfish aquaculture industry. For an industry that has grown over 300 percent in value over the last ten years, some worry about the reliance on a monocrop: one bad year for oysters could be devastating to aquaculture across the state.

That’s why over the last few years Extension agents Diane Murphy, Josh Reitsma, and Abigail Archer have been exploring ways to help farmers diversify their portfolios of farmed shellfish and buffer the industry against the inevitable ups and downs of farming.

With help from two NOAA grants, Woods Hole Sea Grant and its Extension partners at the Cape Cod Cooperative Extension are investigating the potential for two native species of clams – surf clams and blood clams – to find a market niche. Their work, which includes a pilot study of surf clam growing techniques and a survey to assess the potential market for the new species, lays some of the groundwork for shellfish farmers considering the viability of farming the new species. 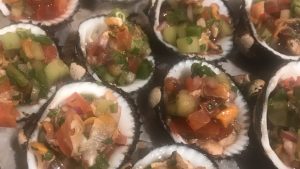 "There’s a lot of work to be done before we know the full potential of these alternative species, but these two research projects are important steps along the way,” says Murphy.

One of the biggest questions for those engaged in the shellfish industry is: what is the market for products beyond the staples of oysters and quahogs? The market assessment study was a step toward answering that. Archer summarized the findings of that assessment, which aimed to address market hurdles that impede the advancement of surf clam and blood clam aquaculture. For the study a marketing consultant interviewed wholesalers, restauranteurs, and growers about their perceptions of the market viability of surf clams and blood clams. The report concludes that there are, in fact, markets that can be tapped to varying degrees for all the products, but key to its success is a reliable and affordable supply of the product – and perhaps a leap of faith. 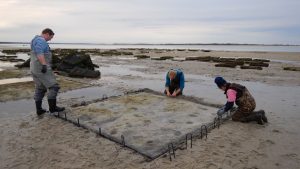 “This presents a chicken and egg situation,” says Archer. “Shellfish wholesalers have indicated interest in selling these species if they were grown locally and reliable in supply. Growers are willing to grow them, but they need to know if they can make a profit. Restaurant owners and chefs are willing to create entrees, but they also need reliable supply and at a price that their customers can afford.”

It all comes down to supply, but for growers, there is a risk in devoting time, labor and growing space to a product with an unknown value and no proven track record. The pilot study on growing techniques for surf clams, led by Reitsma in collaboration with Aquacultural Research Corporation (ARC), Cape Cod Cooperative Extension/Woods Hole Sea Grant (CCCE/WHSG), SEMAC, and Roger Williams University, was conducted in an effort to fill in some of the knowledge gaps. 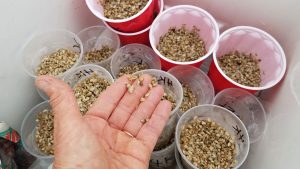 “The goal of the project was to determine the best locations and conditions to commercially grow out surf clam seed to 1.5 - 2.0 inches long to provide wholesale and retail markets with a new clam product,” says Reitsma.

For the study, surf clam seed was deployed at four grow out locations on Cape Cod during the summer of 2017 using three different methods: planted in the sediment under protective netting typical to quahog farming in Massachusetts; placed in plastic mesh oyster bags either in cages off-bottom or attached to lines on the bottom; and placed in soft nylon mesh bags typical of clam farms in Florida.

Though the final report is still in progress, the preliminary results show surf clams fared much better under nets in conditions similar to those used to grow quahogs where they can dig into sediment. The research found that surf clams can reach their desired size in just a year – important information for growers considering this market.

At the workshop, Archer and Reitsma also presented “enterprise budgets” to give growers and other among members of the shellfish industry a rough idea of the economics in growing surf clams and blood clams. But, stressed Reitsma, these numbers are just a starting point and anecdotal reports suggest valuation may be much higher for a quality cultured product..

Workshop attendees also heard about the potential market for shucked oysters and the barriers to its development, including the lack of a commercial shucking facility for oysters in Massachusetts.

There’s still a lot to learn before growers make a leap into these markets in a big way, however these initial studies provide some groundwork to build upon.