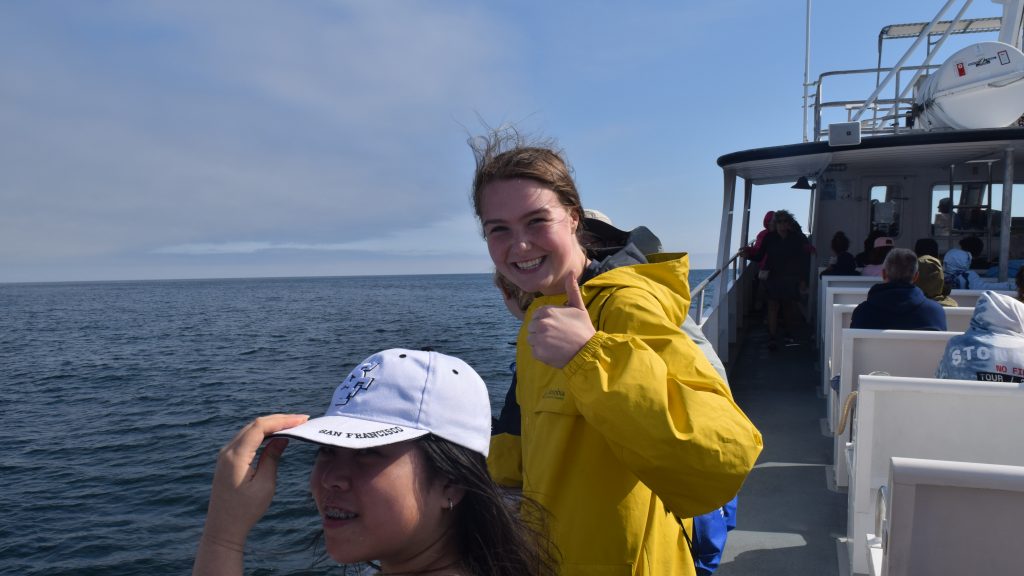 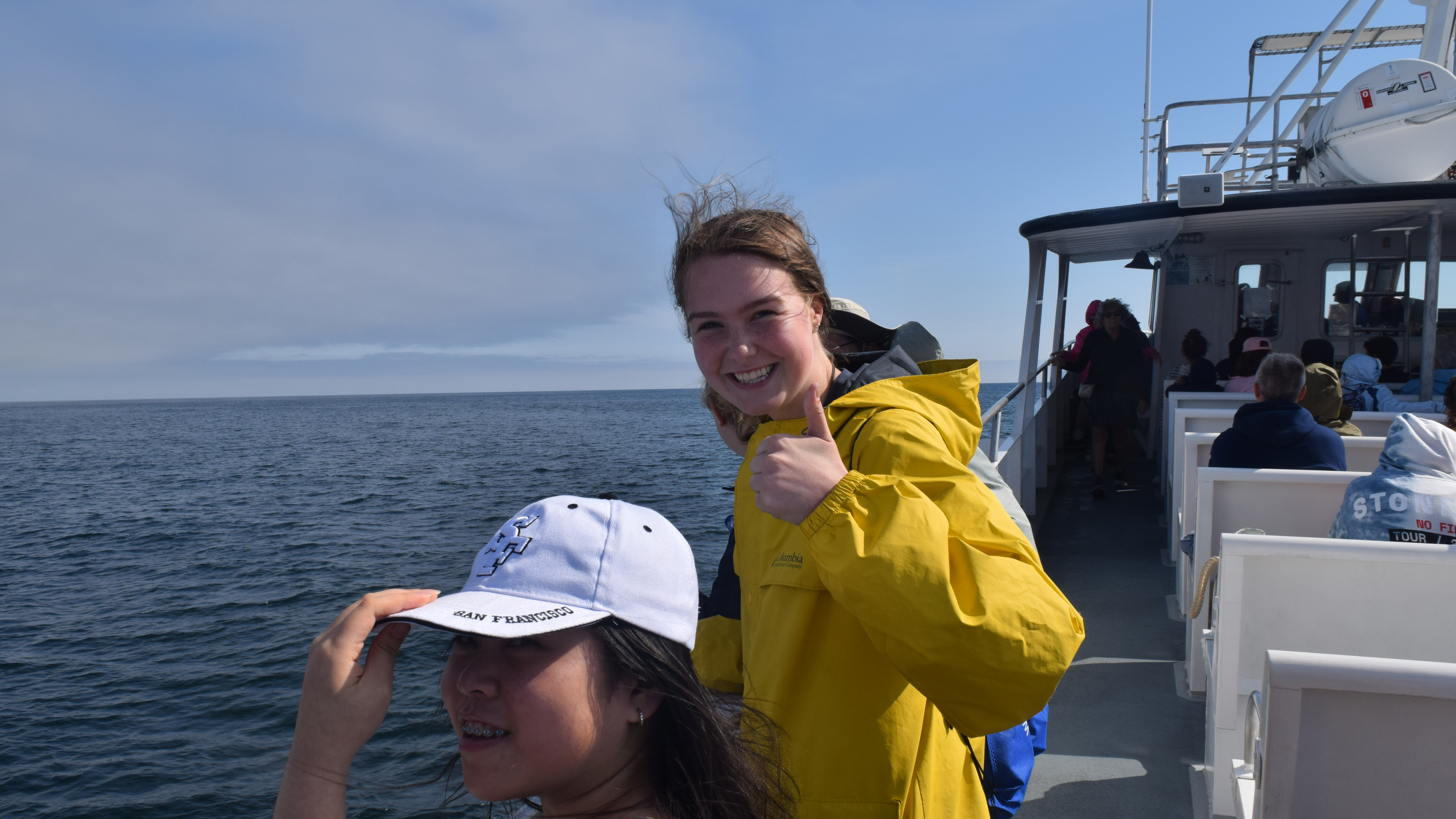 This past spring, I was fortunate to be chosen to participate in the Girls in Science Fellowship from August 10th to August 17th. It’s been almost a month since this experience, and I am still reeling from the support and community the program fostered, let alone the actual science I learned.

The other nine fellows and I spent a week living together and working together on a common goal; organizing and analyzing bioacoustics data collected by lead scientist Laela Sayigh near Wellfleet. I’m from Falmouth, and it was news to me that mass stranding hot spots for marine mammals exist, let alone one practically in my own backyard. A mass stranding event is defined as when two or more animals strand at the same time and in close proximity to each other, and a “hotspot” for these events is where they are known to occur frequently. Odontocetes, or toothed whales, include the smaller and highly social cetaceans. One theory surrounding why Wellfleet is a common area for dolphins to strand is that there are extreme tide changes in the area. For the dolphins, this would mean hunting in a shallower area only to find that an hour later they are unable to get out because the tide has gone out. 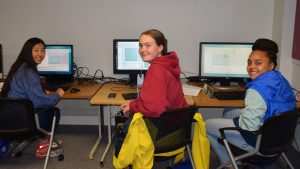 The purpose of the other fellows and I analyzing data collected from hydrophones near this area was to help develop software that could determine when the dolphins are distressed. Knowing this information would lead to being able to send people out before the dolphins strand, resulting in fewer deaths of otherwise healthy animals. Recently, scientists determined that two smaller, less studied, native species of dolphins produce signature whistles that can help predict when they’re going to strand. A signature whistle, as explained by WHOI scientist and SEA Grant Educator Grace Simpkins, is basically the equivalent of a person saying their own name. Each signature whistle is unique to one animal, and it has been theorized that they will produce more signature whistles with shorter time intervals between each whistle when in times of distress. If I were to stick with the name metaphor, it would be like if the stress of applying to colleges manifested itself as me walking down the hallways screaming my name every two seconds. On the very last day, it was revealed which of us had been looking at data from Wellfleet on the day of a stranding event and which of us had been looking at data from Wellfleet on a normal day. If one were to ignore the results of us who had issues eliminating outliers, it was unanimous that the dolphins did produce more signature whistles at shorter time intervals on the recordings from days where there was a stranding compared to the days when there was no stranding.

My personal favorite part of the program was being able to speak to women who had backgrounds or careers involving STEM, including the other fellows. The storytelling component of our week was arguably where I learned the most. One of the guest speakers I remember the most is a PhD student who was studying geology and environmental science. She did a lot of work with climate change data, and I thought it was fascinating how a discipline that is focused on Earth’s history could be so relevant with a current crisis. The other girls my age were also inspiring to listen to. I learned that there are plenty of people my age that care about current issues and have the passion for STEM that can help make a change. For example, my friend Makkia has a passion for reducing single use plastics and my friend Courtney would like to study the disphotic zone.

In summation, I walked into the program on the first day feeling like I didn’t belong there, but I walked out with a new group of close friends, an invigorated interest in STEM, and connections in the science community that will help make a career in that field more accessible for me.