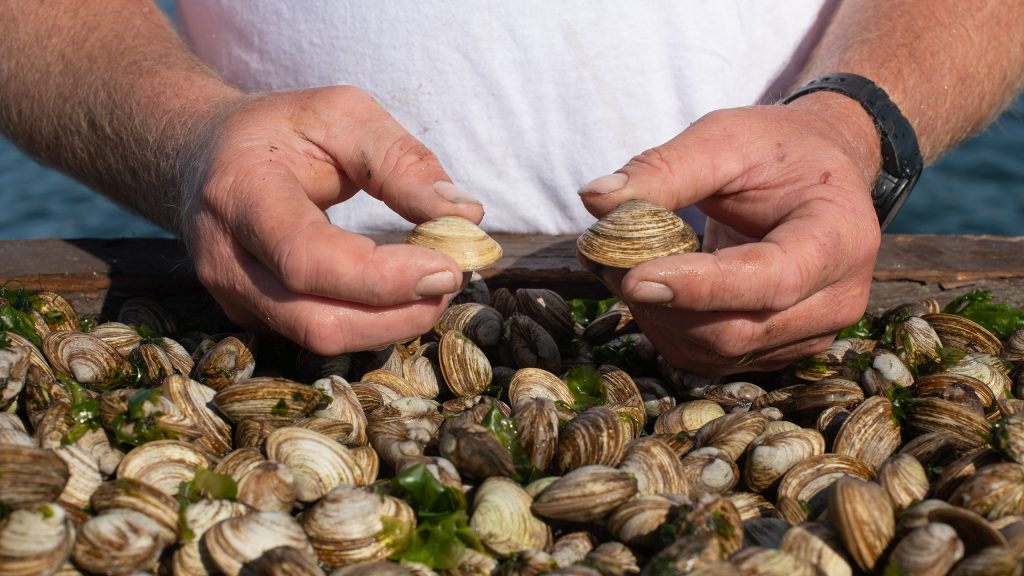 If you've ever walked along the beach and found a giant clam shell, big enough to bring home and use as a soap dish, you’ve seen a surf clam. And if you’ve ever enjoyed a bowl clam chowder or a plate of fried clam strips, then you’ve also eaten them. 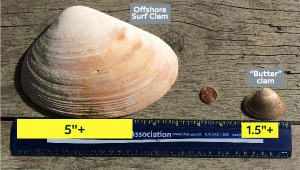 Normally found in colder deep waters, in recent years surf clams have been cultivated by shellfish growers in shallow waters and marketed as New England butter clams.  Because they are fast-growing and reach market size—about the width of a credit card – in about a year, New England butter clams are a potentially important addition to Massachusetts’ aquaculture portfolio. 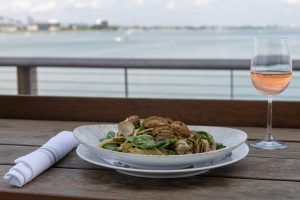 Now, after two years of growing the two sub-species side by side in both intertidal and subtidal settings in seven Cape Cod towns, the extension team found the Southern surf clam had higher survival rates overall, and especially at aquaculture farms where the tide goes out and exposes the clams to air. Due to climate change, Cape Cod is predicted to experience higher temperatures for longer periods of time. Growing Southern surf clams to harvest as New England butter clams may be a way for shellfish farmers to adapt and continue to grow shellfish for Massachusetts plates.  Please reach out to WHSG staff for more information.