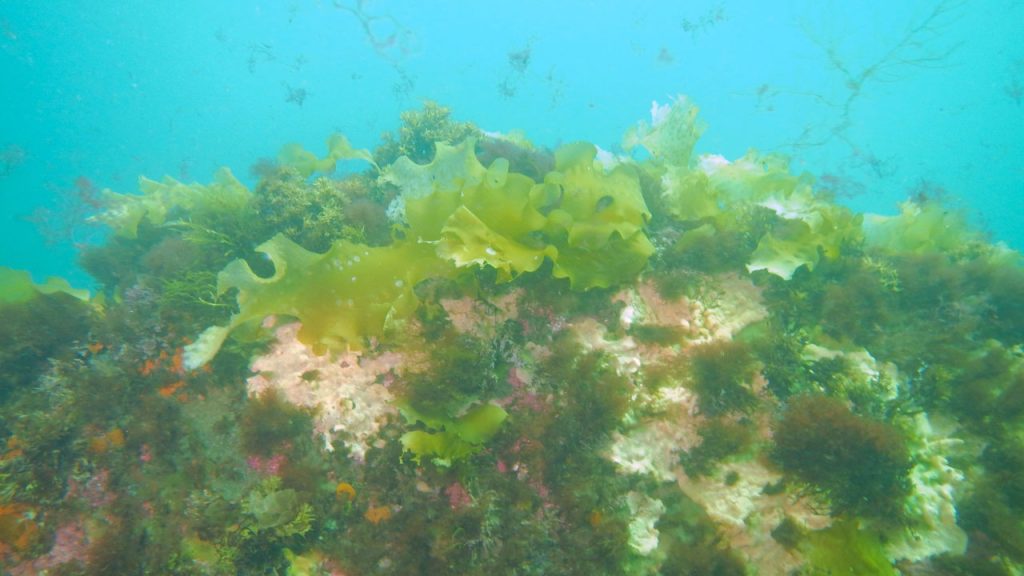 New England isn’t known for its kelp forests the way California and other parts of the world are. But the truth is, below the surface of both inshore and offshore waters throughout New England, especially in areas that have rocky bottoms and a lot of wave action, there are “lush rolling meadows of kelp," according to UMass Boston Assistant Professor of Biology Jarrett Byrnes.

With funding from Woods Hole Sea Grant, Byrnes and his colleagues conduct annual surveys of kelp forests at 15 sites from Rhode Island to Maine, building a time-series of data to track the health and the fate of New England’s little-studied kelp, which provide rich habitat for many other marine creatures. 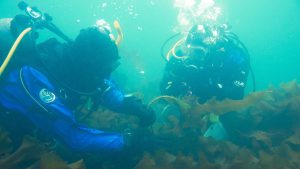 Byrnes and his colleagues conduct annual surveys of kelp forests at 15 sites from Rhode Island to Maine.

“California’s kelp forests are like entering a cathedral – you can see them from space,” says Byrnes. “In New England, we have kelp ‘meadows’ or ‘prairies.’ Our kelps are shorter, and they don’t come to the surface like the ones in California. They are an invisible source of beauty and biodiversity, and they form valuable habitat for crabs, lobsters, juvenile fish, and other marine life.”

The longest data sets Byrnes’ team uses in assessing the health of New England kelps stretch back to late 1970s show that on average the Gulf of Maine is experiencing a decline. Over the decades there have been shifts in the underlying biology of system, in particular a devastating boom in the urchin population in the 1980s and '90s, followed by an urchin bust in the early 2000s.

“The records aren’t that long so it’s hard to make definitive findings on what drives change,” says Byrnes, which is why it's important to collect time-series data. Since 2014, Byrnes and his colleagues have conducted annual measurements of the kelp at their research sites and collected water temperature data using nearby buoys. 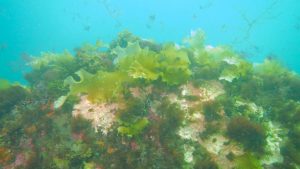 The team’s preliminary results indicate that warming ocean temperatures are the biggest driver affecting the health of New England kelps, finding 18 percent less kelp for every degree of warming at their research sites. 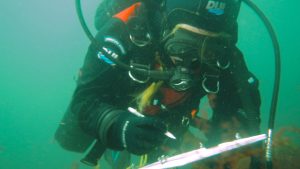 Byrnes is helping to develop research protocols and disseminate them through an international network of scientists called KEEN (Kelp Ecosystem Ecology Network).

In analyzing the data, Byrnes’s team uses tools from economics, sociology and even psychology to explore kelp data and to allow them to extract signals. Beyond simply counting kelp, Byrnes’s team tries to look at whole ecosystem and use techniques to model interconnections between the ecosystems. “This systems approach allowed us to see how New England kelp forests operate differently from California,” Byrnes says. “Our work has shown there is a tremendous amount we don’t know about kelp forests in New England.”

Internationally, scientists report about one-third of world’s kelp forests are witnessing declines. The extent of their losses and the likely causes vary by region and can be challenging to quantify due to a dearth of long-term consistent data. “There are giant research gaps,” says Byrnes, “vast regions where we have no data.”

To help address this issue, Byrnes is helping to develop research protocols and is coordinator of an international network of scientists called KEEN (Kelp Ecosystem Ecology Network), who monitor the world’s kelp forests and even coordinate some experiments in an effort to understand the changes occurring in kelp forests around the globe. With support from Sea Grant, KEEN-New England held two years of training meetings where researchers, technicians and students gathered at UMass Boston to train on protocols and species identification. They share those protocols with others in the international KEEN.

“Woods Hole Sea Grant has enabled the Kelp Ecosystem Ecology Network (KEEN) to get off the ground and expand,” says Byrnes. “Without the funding from WHSG we wouldn’t be able to expand our efforts in New England. It’s been incredibly valuable and useful.”