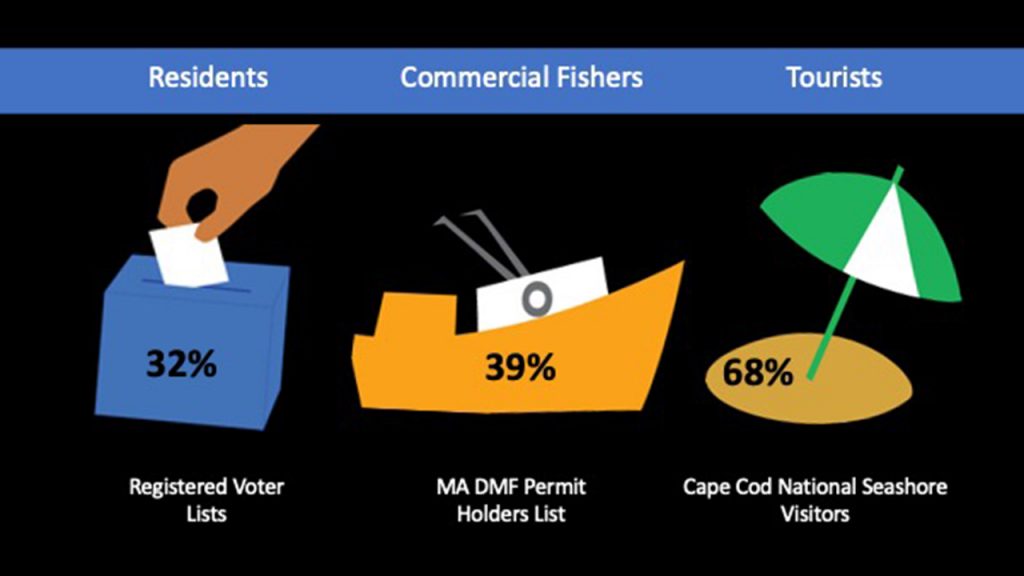 From June to September 2021, representative samples of Cape Cod visitors, voters and commercial fishers – some 2000 individuals in total -- responded by mail and online to survey questions covering attitudes on seals and sharks, beliefs and experiences, whether lethal management should be considered, and if the presence of seals and sharks changes human behavior at the beach. Respondents’ knowledge of seals and sharks, where they get their information from, and other topics were also covered.

“This is one of the few studies to give voice to multiple stakeholders in the marine environment and to examine their views of both seals and great white sharks,” said principal investigator Professor Jennifer Jackman, Ph.D, from Salem State University's Department of Politics, Policy and International Relations.

The research team included co-investigators from the University of Massachusetts-Boston, Provincetown Center for Coastal Studies, Tufts Center for Animals and Public Policy, Cape Cod Commercial Fishermen’s Alliance, and Atlantic White Shark Conservancy, which have partnered with Salem State University for this project, titled The Human Dimensions of Rebounding Populations of Seals and Sharks on Cape Cod.

Findings revealed in the 79-page report include shared sentiment among voters and tourists that sharks have aesthetic, ecological, and economic benefits. These groups also largely perceive seals as enjoyable and an important part of the marine ecosystem. Although commercial fishermen do not view seals favorably, respondents in all groups agree with the statement, “I am willing to accept some inconvenience and risk in order to have oceans where marine wildlife can thrive.”

This comprehensive survey provides environmental managers and policy makers with a better understanding of the broader public attitudes on what can be a controversial topic, enabling them to make decisions based on science and facts. The study’s results, which have already been shared with the media and nearly 200 area naturalists, can serve as a foundation for effective communication about conserving wildlife and reducing negative human interactions with sharks and seals.

Pop-ups and other educational events are planned, and the study will be shared with local, regional, state and federal officials.