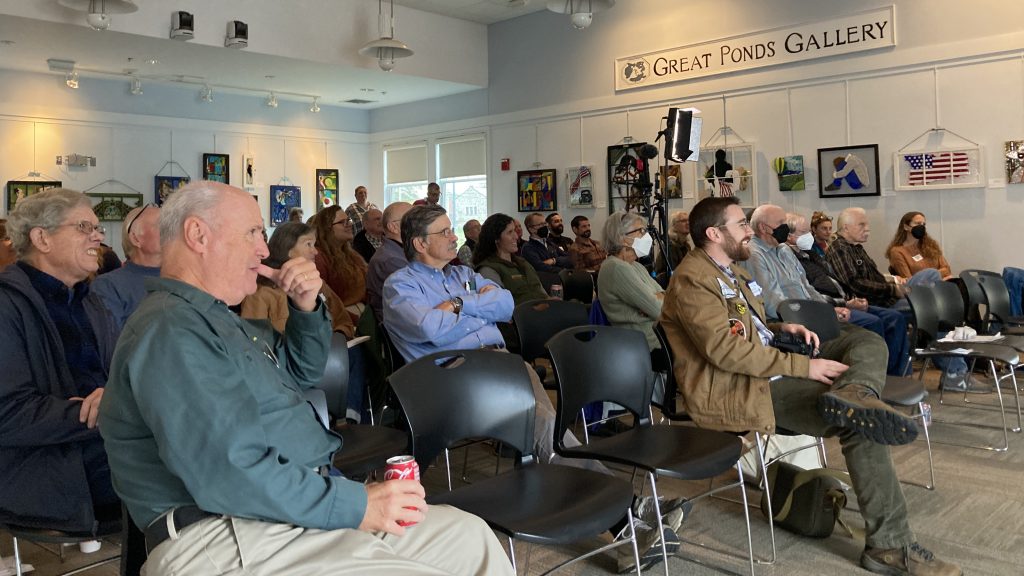 After two years of meeting virtually, river herring wardens and others from along the Massachusetts coast gathered on October 25, 2022 for the annual meeting of the River Herring Network, a group whose goal is to increase the numbers of alewife and blueback herring in the waters of Massachusetts. 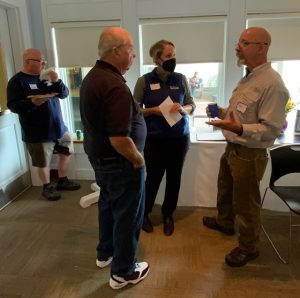 Networking is an important part of the annual River Herring Network meeting.

During open discussion times, the group watched, Alewife: An Epic Journey Through the Mystic River, a charming and educational video created by Meghna Marjadi (PhD Candidate, Graduate Program in Organismic and Evolutionary Biology, UMass-Amherst), Shahjehan Khan (musician, actor), Vivekand Pandey Vimal (Research Scientist, Brandeis University), and Sohini Marjadi (artist, educator).  The actors portray four young alewife, Sparkles, Glitter, Tinsel, and Zzymber, on their epic life journey from being born in freshwater, making a journey to the ocean to grow up, and returning to freshwater to settle down and have families.
Feel free to reach out to Meghna (mmarjadi@umass.edu) to use this film for education or outreach purposes.

Drought and water shortages in rivers was also a topic of discussion, with the group sharing their experiences with managing passage of adult and juvenile river herring under these conditions and the efforts of the Massachusetts Rivers Alliance on this issue. Read about it at  https://www.massriversalliance.org/low-flow-and-drought.