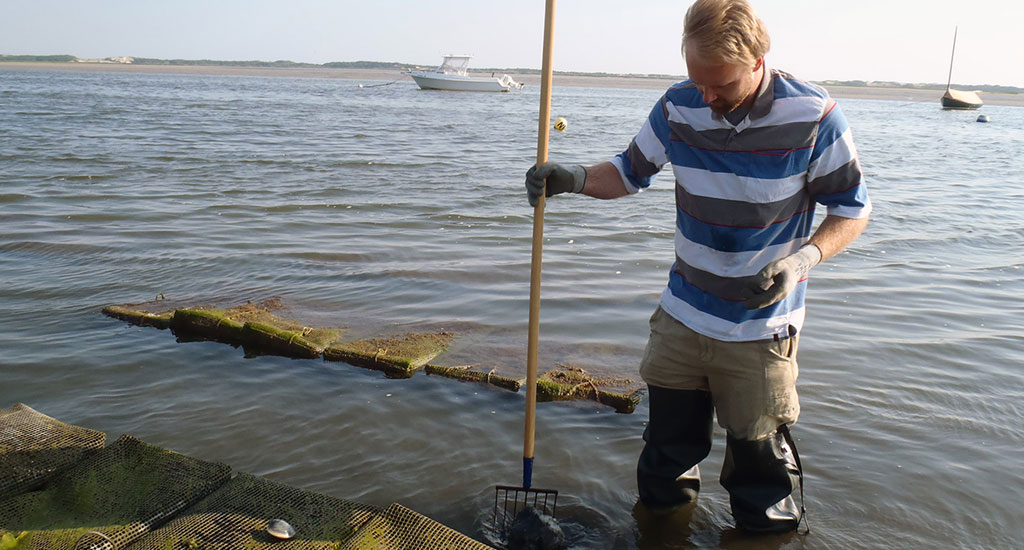 Towns along Cape Cod and the Islands are looking to shellfish not only as tasty culinary treats, but also for help cleaning up waters degraded by excess nitrogen in the region.

While nitrogen is essential for all plants and animals, too much nitrogen in ponds and waterways—often caused by fertilizer runoff and septic tanks—can fuel algae growth, and cause low oxygen levels.

Shellfish, such as oysters and quahogs, are efficient filter feeders that help remove excess nitrogen by incorporating it into their shells and tissue as they grow. But exactly how much nitrogen they're capable of removing in local waterways and how those amounts might vary by location or season has been unknown due to lack of region-specific data.

"We did this project specifically as a service to local municipalities to get them accurate data to utilize, if they're going to go with the approach of seeding and growing shellfish as part of their water quality management plans," says Woods Hole Sea Grant Extension Agent Joshua Reitsma, lead author of the paper published online Jan. 10, 2017, in the journal Marine Pollution Bulletin.  The NOAA-funded Woods Hole Sea Grant program, based at the Woods Hole Oceanographic Institution, supports research, education, and extension projects that encourage environmental stewardship, long-term economic development, and responsible use of the nation’s coastal and ocean resources.

During fieldwork in 2012, the research team gathered samples of both wild and farmed oysters (Crassostrea virginica) and quahogs (Mercenaria mercenaria) from various water bodies in the Cape Cod region (see accompanying map for sample sites). The samples were then analyzed for nitrogen stored in the shells and tissues, which represents how much nitrogen would be removed from the water when harvested.

"Wild oysters or bottom-grown oysters, which deal more with predators, have to grow thicker shells for protection," Reitsma explains. "More shell means greater weight, and with greater weight, the animal can take in more nitrogen."

The nitrogen values also varied by season, with shellfish harvested in the fall taking in more nitrogen, which Reitsma says wasn't a surprise since oysters and quahogs tend to "fatten up" in the fall in preparation for the winter season.

"Theoretically, you could maximize the amount of nitrogen removed by harvesting in the fall rather than in the spring, when the shellfish tend to be skinnier," he adds.

With the uptake of excess nitrogen, some might wonder if the oysters and quahogs utilized for cleanup are still safe to eat. In general, the answer is yes, says co-author Diane Murphy, a fisheries and aquaculture specialist at Woods Hole Sea Grant and Cape Cod Cooperative Extension.

"The shellfish that end up on our tables and in fish markets are from approved sources and are perfectly fine to eat," Murphy adds. "You can think of it in terms of your garden. You wouldn't think twice about eating Swiss chard or tomatoes grown in your garden, and yet they have incorporated nitrogen from the soil to help them grow. Oysters and other living organisms do the same thing."

When it comes to helping municipalities reach their nitrogen reduction goals, shellfish have a big appeal, Reitsma says, because they're a cheaper alternative than wastewater treatment systems or any type of sewering, and results can be seen faster. An adult oyster can filter up to 50 gallons a day, while large quahogs can clean about 24 gallons of water in the same amount of time.

There's also the added benefit that shellfish aquaculture generates economic activity as well. While shellfish are a valuable and effective tool as the study points out, the researchers stress that they should be considered just one part of the long-term solution for reducing nitrogen in waterways.

"Aquaculture is something that can start alleviating those nitrogen loads immediately, but it can't do it all," Murphy says. "It would be a disservice to the shellfish to expect them to bear the sole burden of cleanup."

The research team also included Abigail Archer of Woods Hole Sea Grant and Cape Cod Cooperative Extension and Richard York at the Mashpee Department of Natural Resources. The town of Mashpee, MA., used data from the study in the development of their Comprehensive Watershed Nitrogen Management Plan, which includes several approaches to nitrogen reduction in addition to shellfish.

In addition to Mashpee, other local towns testing or utilizing shellfish projects for water quality improvement include Falmouth, Barnstable, Yarmouth, Dennis, Orleans, and Wellfleet on Cape Cod, and Edgartown on Martha's Vineyard.

Towns on the north side of Cape Cod, which have fewer salt ponds, bays or estuary-type environments, have less of an issue with excess nitrogen than those on the south side, Reitsma says.

"The north side of the Cape also has much bigger tides that tend to flush areas out much more than the inlets on the south side," he adds. "The combination of smaller estuaries and bigger tides helps remove excess nitrogen." 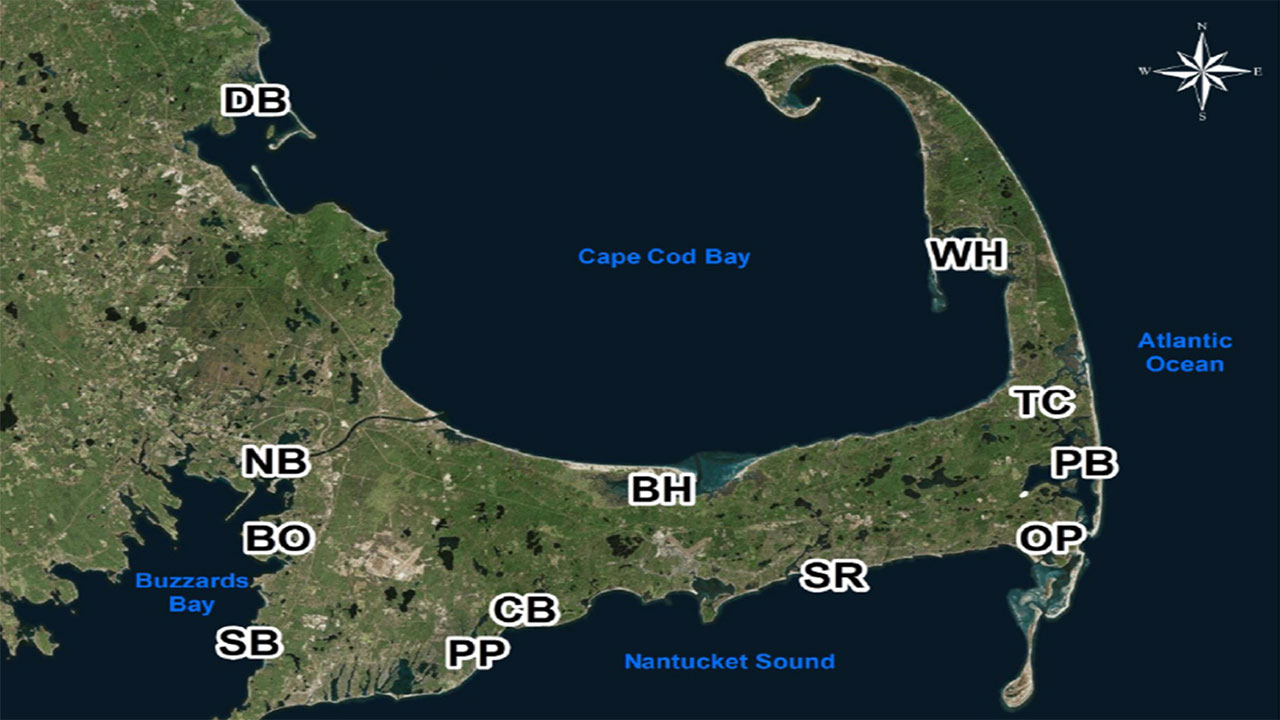 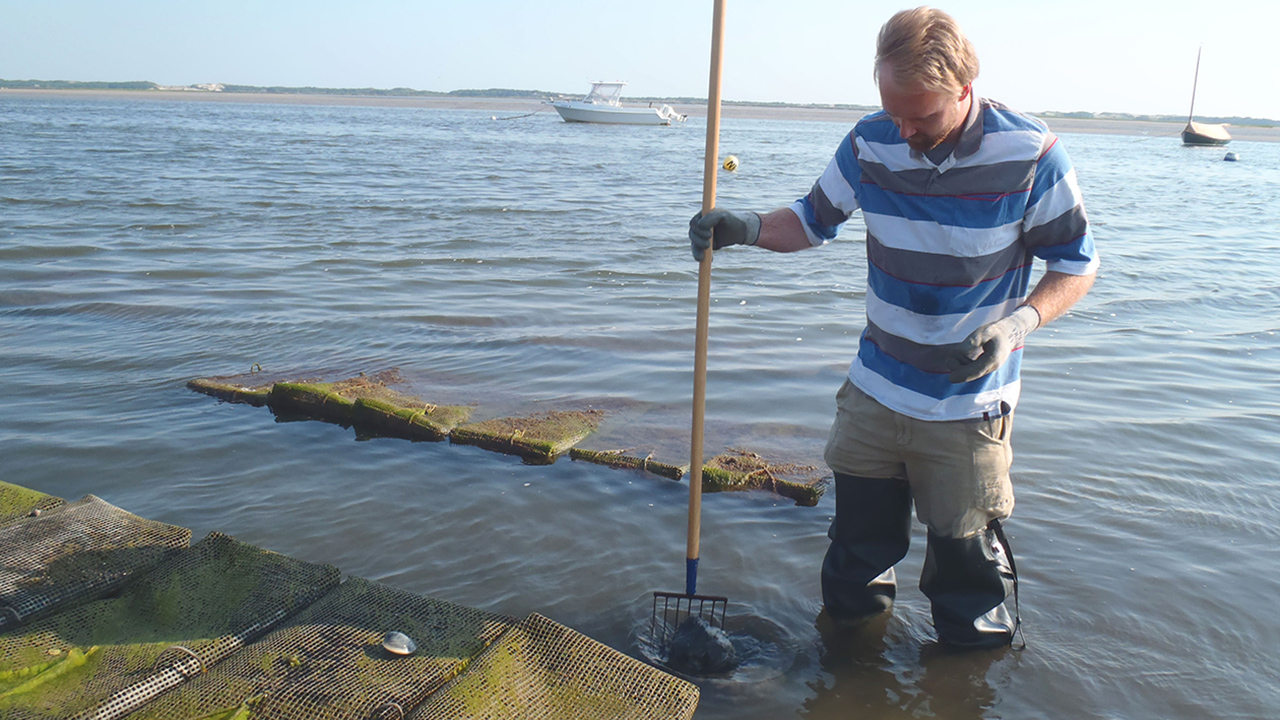 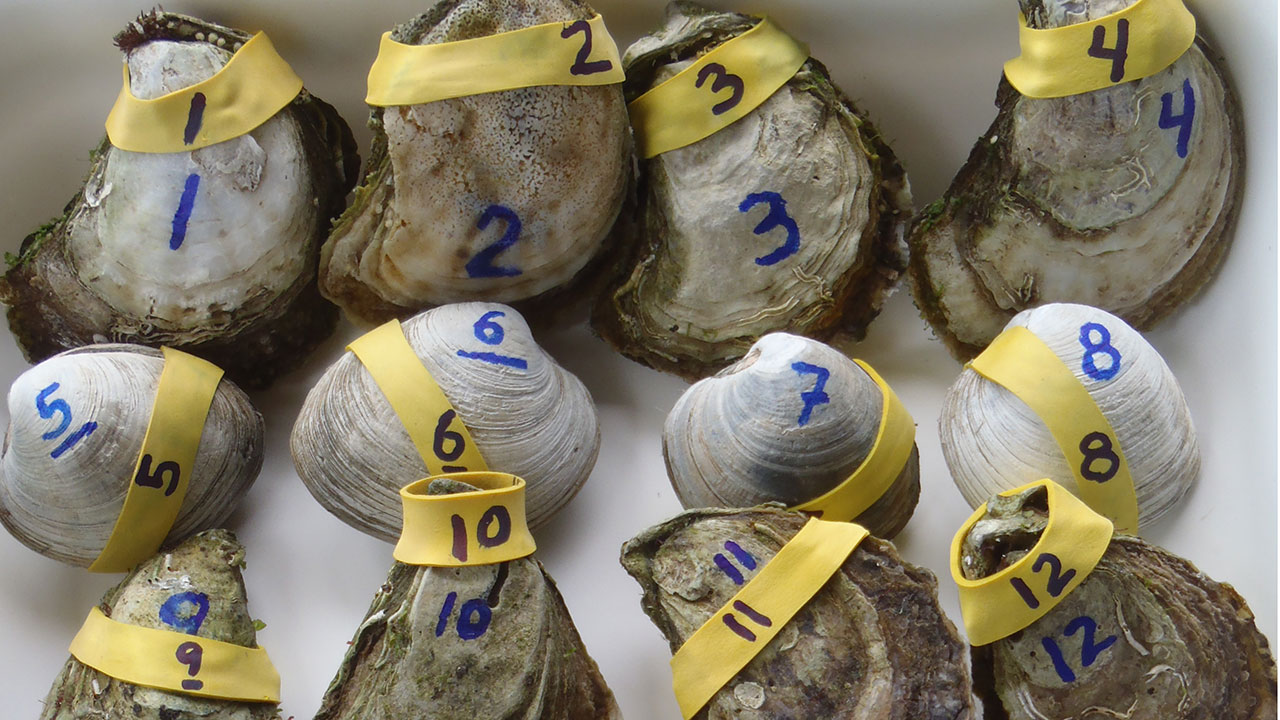