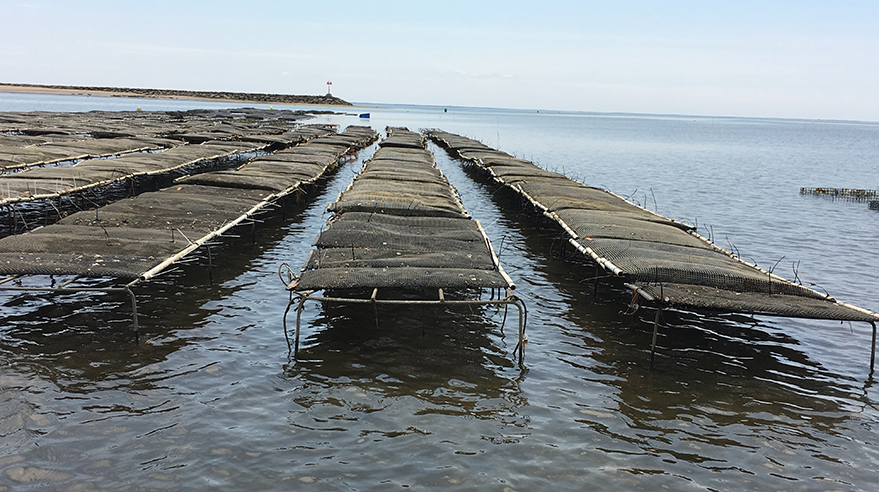 Shellfish aquaculture, the practice of farming aquatic animals, is a major industry in Massachusetts and on Cape Cod, but biofouling by barnacles can substantially undercut farm productivity. While shellfish farmers have some mitigation strategies already available (e.g., air drying oyster cages, manually removing barnacles and other biofoulers), barnacle settlers are very abundant and often too small to see until they have grown beyond the point of negatively affecting shellfish stock and weighing down equipment. In this project, we will collaborate with oyster farms to (1) measure the timing and extent of barnacle biofouling on Cape Cod and the species involved, (2) assess population connectivity of species with short and long larval durations in Massachusetts and Maine, and (3) investigate whether the timing and extent of biofouling is changing in response to ocean warming. This project will both: (a) facilitate a dialogue with Cape Cod shellfish farmers, in which we provide training in identification and life histories of the major barnacle biofoulers and exchange information useful to both research and practice; and (b) engage shellfish farmers in practical research to measure the seasonal timing of reproduction and larval settlement of the major barnacle biofoulers, which have remained largely unstudied in the region. These activities will help assess the extent to which these seasonal events correlate with local water temperature. With this information, shellfish farmers will be better armed to prevent or mitigate biofouling by barnacles, both immediately after the completion of this study and into the future as coastal oceans continue to warm.